Angie is one of the very first Sandbox Software customers. She’s been working in childcare for over 17 years now, starting for a short time as a teacher in the classroom, and quickly moving into the supervisor role at Little Angels Daycare in Mississauga, ON.

Angie loves working with children, and finds that the most rewarding part of her job is in building lasting relationships with children and their families. In 2003, Angie opened her own center, Angelic Treasures, in Mississauga, ON, and in 2010 she opened a second location in Burlington, ON. It’s important to Angie that her centers make a difference in the lives of the children, their parents, and the community by offering Christian education, academic curriculum and opportunities to grow in God’s love.

Although Angie enjoyed the challenge of starting a new business, she quickly became frustrated with the difficult task of using manual processes to manage her daily tasks, and they resulted in lots of paperwork and hours spent using programs like Word and Excel.

The first childcare software program that Angie began using improved things somewhat, however it was expensive to purchase (especially with training), required costly regular updates, and was difficult to use. So when we first visited Angie to tell her about our plans for Sandbox childcare software, she was excited with the idea of a new, easy to use program that would really help her with managing her day to day tasks, and she began using the very first version of Sandbox child care software when it was released late in the fall of 2011.

Asked what she loves most about Sandbox Software, Angie said “I can do way more with Sandbox, and everything is so much easier!” Angie was able to jump in and begin using Sandbox Software quickly, and she loves how it helps her to easily view and project the enrollment numbers at her center, as well as quickly print the reports and forms that she needs with a only a couple clicks of the mouse.

Angie really began to appreciate the benefits of using web-based child care software when she opened her second location in 2010. “I can only be in one place at once” Angie laughed, “but Sandbox allows me to stay on top of the activity at both centres no matter where I’m at!” Recently Angie also began using the group email tool in Sandbox Software, enabling her to ‘go green’ by emailing out her monthly newsletters, and the approach was well-received by the parents due to the fact that it's more convenient and saves paper at the same time.

It doesn’t take long to realize that building relationships comes easy to Angie and her bubbly, outgoing personality quickly puts you at ease. Her feedback and optimism have been a source of great support to the team here at Sandbox Software, and it’s customers like Angie that motivate us to continue developing child care software that makes their life easier.

⬅︎
Back to
the Blog

Angie Girgis
Owner
Angelic Treasures Christian Daycare
Next Case Study:
Cloverdale Child Care
See what centers like yours are saying about Sandbox.
"Sandbox Software is web-based so I no longer need an IT consultant. Sandbox saves me money!"

Elena Mannwieler
Storyland Preschool
Livermore, CA
"Sandbox provides pretty much everything we need to run our center. As of other applications out there, nothing comes close." 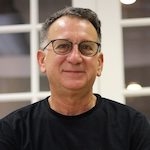 Doug Burier
Academy Kids Daycare
Atlanta, GA
"I love it that Sandbox Software is web-based because I can login and see my information anywhere!" 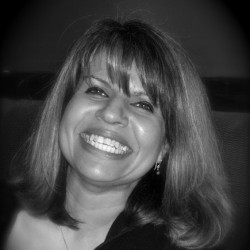 Neena Locke
Red Apple Daycare
Toronto, ON
BACK TO OUR CUSTOMERS
Get started with Sandbox today
TRY IT FREERequest a demo
No credit card required.